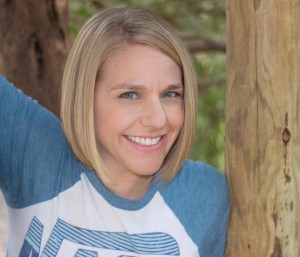 “With singing prose and a rollicking plot, Stevens presents a rich palette of characters daring to brave familial and societal expectations to become what they’re meant to be. A spirited, timeless tale of teen self-discovery in those tense, formative high school moments, captured with grace, lyricism, and insight.” Kirkus Reviews (starred review)

“Stevens moves the narrative beyond small-town drama by building in-depth characters; examining boundaries between friendship and romance, and different generational approaches to religion; and confronting gender and sexual assumptions head-on. [A] beautifully written exploration of human connection, self-discovery, and living to the fullest.” Booklist (starred review)

“Small-town hijinks and the true-to-life interconnectedness of the characters bring warmth and humor to Stevens’s bighearted contemplation of love, family, and home. Publishers Weekly (starred review))

“An instant classic. This is The Perks of Being a Wallflower without the angst, for a new generation. A good choice for every collection.” School Library Journal

“A poetic love letter to the complexities of teenage identity, and the frustrations of growing up in a place where everything fits in a box—except you.”—David Arnold, New York Times bestselling author of Kids of Appetite

“Courtney Stevens firmly reasserts herself as a master storyteller of young adult fiction; crafting stories bursting with humor, heart, and the deepest sort of empathy.”—Jeff Zentner, 2017 Morris Award Winner for The Serpent King

“Courtney Stevens delivers a cherished gift for our middle grades and high school readers. The gift of friendship. The gift of safe places. The gift of love. And, most importantly, the gift of acceptance.” –Julie R. Stokes, Literacy Coordinator, Dalton Middle School

From the award winning author of Faking Normal comes a departure novel, Dress Codes for Small Towns (on-sale: 8/22/17; 978-0062398512; HarperTeen, Ages 14 up; $17.99), which explores sexuality without the “coming out” part. Courtney Stevens gives readers a John Hughes-like small town outcast to root for or as she describes it, “Sexually fluid Footloose for this generation.”

Stephanie Appell, Manager of Books for Young Readers at Parnassus Books praised Dress Codes for Small Towns with these words: “Courtney Stevens has outdone herself capturing the complicated love of family, the sustaining love of friendship, and the most difficult love of all: the ability to love yourself for who you are. I dare you not to love this book.”

The way Stevens bounces sexual fluidity off religion, family, and her conservative town will open readers up to thinking about sexuality, gender identity, and love in different ways. By exploring the gray areas of life and love, Courtney has made these somewhat-taboo or over-agonized topics more mainstream, understandable, and approachable. 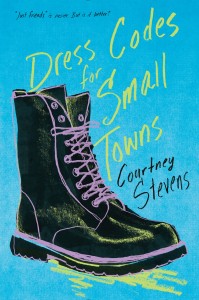 Billie McCaffrey is a small town preacher’s daughter with a problem: she’s in love with her best guy friend, Woods, and her best girlfriend, Janie Lee. So while everyone in Otters Holt wishes she would mind her manners and her sexuality, she does anything but. Instead, she hangs around with a tight-knit group of scheming mischief-makers who adore their town (despite its shortcomings) and each other. She’s a woodworking, cosplaying, sweat and t-shirt wearing dynamo. And she genuinely loves people. Though some folks in town deem her unsuitable—and threaten to remove her Dad from his pulpit if he can’t control her—Billie is unapologetically herself.

Courtney Stevens, a former youth minister, theology professor, and Olympic torchbearer, is a gifted writer who delivers accessible novels starring teens who are coming of truth as they come of age. From Faking Normal (Winner of the Bluegrass State Award and a Crystal Kite, Volunteer State Book Award nominee, Eliot Rosewater Indiana State Book Award nominee, Georgia Peach nominee) to The Lies About Truth to Dress Codes For Small Towns, Courtney offers stories, characters, and emotions that linger long after you close the book. Stevens is an energetic public speaking pro who uses vulnerability and transparency to inspire bravery and confidence. You can find her online at courtneycstevens.com as well as on Twitter and Facebook.